I'm excited to announce the release my brand new single "Pass It On" available on all streaming platforms!

I had the exciting opportunity to co-write this song with Kenny Mullins (Resinated, KNex) and Marty James.

Marty James is a grammy nominated singer-songwriter and record producer, and co-wrote the remix of “Despacito” featuring Justin Bieber. Marty James has also written songs for Enrique Iglesias, Jason Derulo, Afrojack, Sean Paul, and co-wrote “Live It Up” by Nicky Jam, Will Smith, and Era Istrefi. 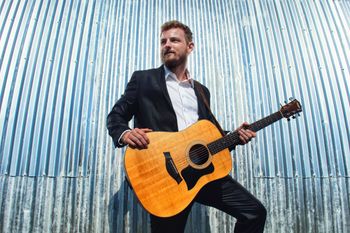 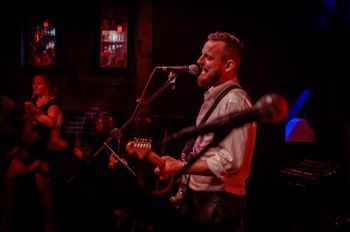 "The former America’s Got Talent contestant is now relentlessly gigging throughout the greater Tampa area, playing both original songs and fun covers. His music blends the genres of rock, blues, jazz and folk in a neat, guitar-heavy package. His sets are known to be interactive and upbeat..."

Seth Campbell is a talented musician, singer, and songwriter  based out of St. Petersburg, FL, who found success by being a contestant on the TV show America’s Got Talent in 2016.

Notable Venues and Festivals where Seth has played:

Seth has written original songs and knows familiar cover songs for those who want to sing along.

You can find Seth Campbell's original music on Spotify, iTunes, Amazon, and YouTube. He is always writing and recording original music in the studio. New music always coming soon!!